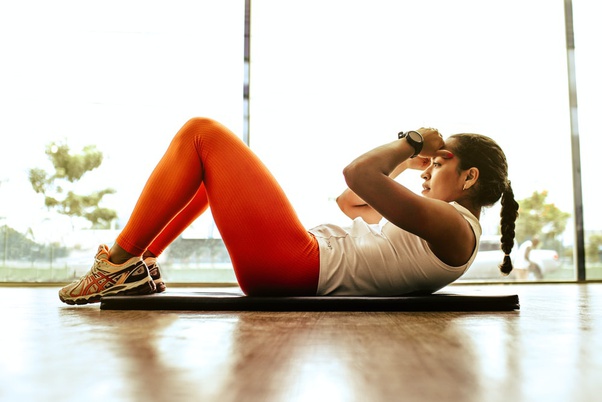 There’s a gigantic industry behind fitness. Multi-million dollar companies selling fitness equipment, training gear, and supplements dominate the market, standing alongside popular commodities. Influencers and subcultures with active communities populate the Internet, discussing physical fitness and exercises. Clearly, fitness and physical culture has become one of the major behemoths in our society today.

But what is it with exercising that people get so drawn to it, addicted even?

An Exercise in Happiness

You might have heard of something called the “runner’s high.” If not, it’s basically a very relaxed state, with a sense of euphoria or incomparable joy. However, the runner’s high doesn’t end when you stop running, as many people often claim they feel better, with fewer worries and a lighter mood immediately after finishing their run.

While this might sound too good to be true, science has indeed proven its validity. However, it’s not just limited to running: an exercise of any sort stimulates the brain to release endorphins, commonly known as “happy hormones.” It has become so prominent that it’s often used in conjunction with traditional mental health medications such as antidepressants.

From running to weight lifting, from swimming to basketball, exercise of any sort can actually improve the mood and help clear the mind. Perhaps this is one reason why exercise and physical culture are flourishing: it’s inherently our benefit to exercise.

Body Image and Culture of the Self

One of modern society’s hot topics, body image, is not exactly a black and white discussion. It makes people go through things, such as cosmetic facial surgeries and body contouring procedures. Its relationship to fitness can be quite difficult to handle, as many non-health professional conjectures are often thrown as facts.

However, there is one thing that all sides can agree on: body image is vital, as it’s integral to how we see ourselves interacting with the world around us.

And exercise grants you control over that self. It helps you contour your body to your liking or make you aware of the positives of your own body type. With the strength and athletic gains achieved in training, many people learn to accept and appreciate their own self.

After all, when someone feels like they can lift more weight, or run faster, or jump higher, body image becomes secondary to the sense of accomplishment their body has given them. The sense of control over one’s own body image and how fitness can skew that to either accepting the body type or wholly changing it is one of the industry’s most popular points, and it seems like it will remain so for a long time.

As mentioned before, exercise is often used in conjunction with antidepressants. It helps balance the chemicals that dictate emotions, and its efficacy has been a point of contention among many health professionals. However, its obvious and immediate benefits remain a popular reason people get into fitness: it helps you stay healthy.

In the year 2016, almost 40% of adults were considered overweight. Along with obesity comes a myriad of health problems, such as cardiovascular diseases, high blood pressure, diabetes, and many more. Most of these illnesses can be prevented, or alleviated by regular exercise, making it a part of every doctor’s prescription. This idea has been echoed throughout the latter part of the 20th century, that exercise leads to health, and the sentiment continues today. Exercising for You: Getting Started

We all want to get started with exercising, but it can be quite difficult. Here are a few tips to help you out.

Start Slow but Consistent. Fitness can take over your life, and you probably know people who live for it. However, it’s important to remember that it shouldn’t be an extreme lifestyle change. A gradual but consistent integration is better than shocking yourself and ultimately burning out. Not to mention it’s safer to start slowly than immediately going as hard as you can.

Don’t Be Afraid to Lift Weights. When it comes to exercising, many newcomers often imagine cardio-based exercises such as running or treadmill exercises. But the weight rack can help you just as much! Don’t neglect weights as it also provides the same calming effect, all the while being more efficient in increasing your strength and muscle mass compared to alternative forms of exercise.

With these ideas in mind, you can understand how fitness becomes a prevalent and essential factor in people’s lives. It’s not just something that people focus on for its popularity; it can also keep them healthy.